A LIFE WELL-LIVED. A LOVE THAT ENDURES! 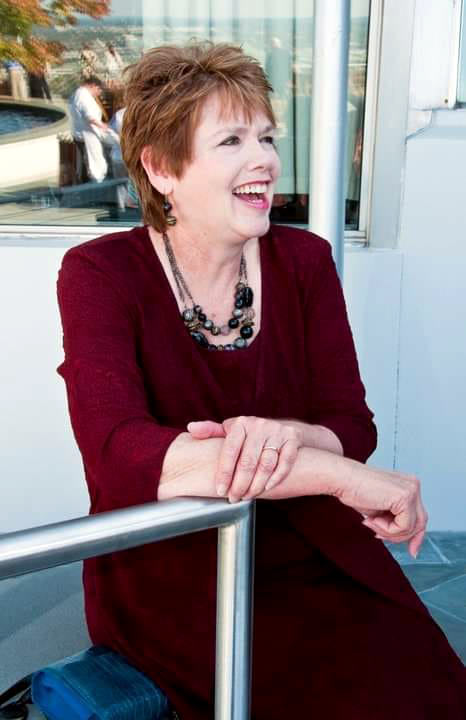 Warriors walk among us each day, and often we never know of their struggles. Some of these warriors are women who have been diagnosed with Ovarian Cancer and who fight for their lives with all their might. Carla Jo Rutland Allison valiantly fought Ovarian Cancer with all her strength and might until there simply were no more weapons left with which to fight. While she was fighting she also sought to help others in their battle with Ovarian Cancer. She befriended countless women over the almost 14-year struggle against the cancer that whispers.

Angels walk among us each day. These angels take the form of doctors, nurses, and technicians who know the odds regarding Ovarian Cancer and still get up each day and continue to fight the beast. They use their skills, talents, education, and love to help others and the Norma Livingston Cancer Foundation helps them in their fight.

Carla received well over 100 rounds of chemotherapy, numerous surgeries and procedures, and participated in four research studies. She was told that she, herself, might never benefit from those studies. Her response was that she hoped that something learned from being a “guinea pig”, in the studies might help other women in the future. Carla lived long enough to receive a form of genetic treatment from one of the research studies in which she participated. She never sat in the UAB GYN Infusion Unit without trying to uplift another woman there. She asked them about their own struggle, then would share her own story and ask for a phone num­ber or address, and call or write encouragement to the women she came to know. Sadly, so many of them died during those 13.5 years while she was being treated. She strongly believed in research and support, and that is why she supported the Norma Livingston Ovarian Cancer Foundation for many years, and why, as she made her own funeral arrangements, stated that she wanted con­tributions to the NLOCF in lieu of floral remembrances.

The advancements in treatment methods and answered prayers during the years she fought allowed her to enjoy 39 years of marriage with her husband, Clay Allison. She was able to see her three daughters Jessica, Emma, and Audrey graduate, with two of them marrying. She saw three beautiful grandchildren become a part of her life and she a part of their memories. She was also able to receive genetic testing through the BRCA program which reassured her that her cancer was not genetically linked, so that her own daughters were no more likely than any other woman in the general population for an Ovarian Cancer diagnosis.

Carla was not someone who wanted to be at the forefront, seeking recognition. She, instead, quietly offered suggestions to other women for things she herself had experienced. She would ask for donations to the Norma Livingston Ovarian Cancer Foundation instead of a personal gift because she knew those donations would go to help and serve others so much longer than any gift she could receive herself. We, her family, learned after her death, that even while she was at home on hospice those last weeks, she was still making phone calls to encourage other warriors, fighting their own battles, while never mentioning her own assignment to hospice care.

Carla’s family, including her mother, Sally Rutland, and her two brothers, Ben and Darryl Rutland, made it their goal to establish a fund in her honor. It is her family and friends’ hope, wish, and prayer that others might read her story and feel compelled to help take up the fight she herself waged for so many years by continuing to support the Norma Livingston Ovarian Cancer Foundation.